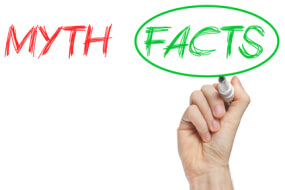 I frequently get calls from people who are injured because of negligence but don’t think they have a case. It is important that people understand that only an expert can evaluate their case. In this first of a two-part article, I will deconstruct ten myths people often cite – incorrectly – as why they think they don’t have a case.

You may have been forced to work through your pain and injuries because you could not afford or were unable/unwilling to take any time off, but that doesn’t prohibit you from recovering damages. The lion’s share of the compensation awarded in personal injury cases is not the result of lost wages, but rather is based upon the pain and suffering you have experienced and may experience in the future, and the permanency of your injuries.

Myth #2: I wasn’t looking where I was going when I tripped on the broken sidewalk.

New York State has a comparative fault statute, which means that an accident may be caused by more than one person or entity. That means even though you may be partially at fault, someone else may be partially at fault as well. Although you may not have been paying attention to the broken sidewalk, the sidewalk should have been maintained properly so it was not in a dangerous condition. Similarly, another common example of parties sharing responsibility for negligence is if someone is hit by a car while jaywalking. Although the pedestrian was negligent for jaywalking, so was the driver for not seeing and hitting her. In such a case, damages will be assessed based upon each party’s proportionate share of fault.

Myth #3: There were no witnesses to my accident.

It certainly builds a stronger case if there are witnesses to corroborate your testimony. If there were no witnesses, or if you don’t know the identities of any witnesses to your accident, you may still have an actionable claim based upon your testimony of what occurred.

Myth #4: I don’t have any physical injuries but I was traumatized and diagnosed with Post-Traumatic Stress Disorder (PTSD).

Many times psychological or psychiatric injuries are as serious or even more, serious than physical injuries, and result in the recovery of substantial compensation. For example, I represented a six-year-old girl who was sexually assaulted as a result of being negligently released from school to an unauthorized person. She did not sustain any permanent physical injuries, but needless to say her psychological injuries were devastating.

Many times people injure themselves and don’t realize at the time of the accident that they are as severely injured as they really are. Although it is preferable that you call an ambulance at the time of your accident, as long as you get to a hospital or receive other medical treatment fairly soon after your accident – and you give the medical personnel a history of what caused your accident – you still may have a good lawsuit.

There are many misconceptions about personal injury lawsuits. Injured people often have a Greek chorus of family and friends giving them advice that is detrimental to their case. Only a qualified personal injury attorney can make the determination as to whether or not your case has merit. LET THE EXPERTS DECIDE!! To learn more about Langsam Law’s experience and expertise, contact us today.