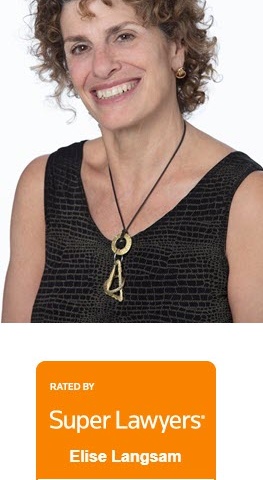 Senior Partner and veteran trial attorney Elise Langsam has been practicing law for 42 years, 39 of which have been dedicated to representing personal injury clients. Ms. Langsam is a member of the New York State Trial Lawyers Association, the American Trial Lawyers Association, the New York State Bar Association, the American Bar Association and the Association of the Bar of the City of New York. She is admitted to practice in New York State, the Southern District of New York and the Eastern District of New York. She received her J.D. degree in 1978 from SUNY at Buffalo Law School and was admitted to the Appellate Division First Department in 1979. She has volunteered her services to counsel civic organizations such as the Ecuadorian Civil Committee (she is bilingual in Spanish). Some of the cases she has handled have been the subject of articles in the New York Law Journal, the New York Times, and other legal publications, including Jury Verdict Reports. Ms. Langsam tries all the cases in the firm, and her experience, perseverance, and compassion that have been responsible for favorable results for thousands of clients have earned her recognition as a Super Lawyer each year from 2014 through 2020. Legal fees for personal injury and medical malpractice matters are contingent upon recovery, so that clients need not pay us until we successfully obtain compensation for their injuries.