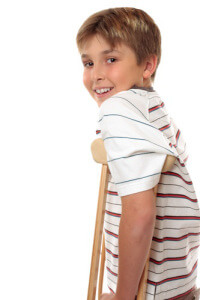 Summer is the time of year for fun, not for getting injured because of someone else’s negligence.

Inadequate supervision at swimming pools, improperly maintained soccer fields, faulty sports equipment, and negligent instruction all constitute breaches of the duties owed by businesses to ensure the safety of their patrons. In this post we will discuss two recent cases, one involving  a summer camp and the other involving a resort.

It is not uncommon for children to sustain injuries while at summer camp. This can happen for several reasons:

Case study: An eight-year-old playing soccer fell and broke his ankle at a day camp. Upon investigation, it was determined that the playing field was in terrible condition, riddled with holes, rocks and other hazards. Once we proved that the camp had been negligent in maintaining the field, I was able to settle the case for the pain and suffering that Johnny sustained.

“Row at Your Own Risk” and other waivers

Many people think they are not entitled to sue for damages because they signed a “waiver.” A waiver (or release) is a contract that attempts to preclude lawsuits by relieving or excusing a party for injuries to a participant. Laws concerning waivers vary elsewhere, but they are generally not enforceable in New York State.

Case study: A young woman staying at a resort rented a row boat on the resort’s lake after signing a waiver. Upon returning, she fell as she was attempting to disembark, sustaining a very serious shoulder injury. The resort was supposed to have someone at the dock to greet her, pull the boat in, and hold it steady as she stepped onto the dock. Despite the waiver, the resort agreed to settle the case after admitting that they failed to provide the staffing that was necessary to ensure a safe transfer between the rowboat and the dock.

The clock generally starts ticking in negligence cases as soon as the injury takes place. Contacting a personal injury lawyer as soon as possible might make the difference between a successful case and one that is thrown out because too much time has passed. If you are injured, contact Langsam Law today to find out how we may be able to help you through this difficult time.