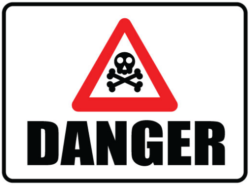 {2:20 minutes to read} Wild animals pose a foreseeable risk of danger, and it is incumbent upon the owners of attractions to warn guests and visitors of these dangers, as well as take preventive measures to ensure visitor safety.

Two recent events have brought the accountability of companies running attractions to the forefront. First, the tragic death of 2-year-old Lane Graves, who was snatched and drowned by an alligator at the Seven Seas Lagoon in Walt Disney World, and second a 3-year-old who fell into the moat at the Cincinnati Zoo and was dragged by a 400-gound gorilla.

Although Disney had posted “No Swimming” signs at the lagoon, they failed to post warnings about alligator danger near the lagoon that the toddler unsuspectingly waded into before the attack.  The “No Swimming” signs evidenced Disney’s knowledge that alligators were in the water and thus on notice of this forseeable danger. Under New York law, a plaintiff must prove either actual or constructive knowledge of a forseeable risk in order to impose liability on the attraction owner.  Actual knowledge would mean that Disney knew of this danger, for example through complaints or observations. It appears that Disney had such actual notice by virtue of its alligator warning signs in other areas of the resort, e.g., its golf course. Constructive notice would mean that Disney should have known of the danger based upon its experience and the environment. In either case, visitors should have been warned of the risk of dangerous reptiles at the Seven Seas Lagoon.

In the case of the Cincinnati Zoo, the retaining walls and safety railings that the child crawled through before falling into the moat may have been too wide to safely prevent incidents, or secondary precautions may have been in order.

Even though the resultant injuries and tragic death in both of these cases were ultimately caused by the animals, it does not absolve the attraction/property owner of their negligence in contributing to the happening by failing to provide adequate warnings and sufficient safety measures, thereby setting into motion these horrific events.

Interestingly, the Cincinnati Zoo is facing possible charges—not from the child’s parents—but from animal activists blaming the zoo for the endangered gorilla’s death. An official complaint has been lodged with the US Department of Agriculture claiming that the zoo’s failure to provide adequate safety barriers between people and animals violated the animal welfare act. Here at Langsam Law we would say it also violated the standard of care owed to its visitors and guests.