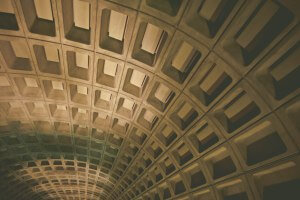 Victims of police misconduct may encounter difficulties bringing a criminal case against a police officer, but misconduct is also a civil liability.

If you or someone you know was falsely arrested or subjected to excessive physical force, a civil lawsuit may be brought against both the officer(s) and the New York Police Department. NYPD is responsible for the conduct of their officers.

What is the difference between a criminal and civil suit? While a criminal case must be filed by the district attorney, civil cases may be filed by private parties, i.e. individuals or corporations, in lieu of or in addition to a criminal lawsuit. In some cases, district attorneys may choose not to prosecute if they do not feel they have enough evidence; but these same cases may very well be won in a civil suit. Civil suits may also be filed in addition to criminal cases, and in many instances, civil settlements assist with or cover the legal fees for the criminal case.

Langsam Law’s client was attending the Metropolitan Opera and left her ticket with a friend when she went to the restroom. When she attempted to proceed to her seat, the ushers would not let her through and called the police when she insisted on joining her friends. The police removed her from the Opera House with excessive force, breaking her wrist in the process. She was jailed, but later released because there was no basis for her arrest. Although she reported the case to the New York District Attorney’s Office, they chose not to prosecute. Langsam Law obtained a settlement for her in a civil suit.

The NYPD received a false report that a man had removed his clothes inside a Manhattan bar. When the police arrived, they detained the 24-year-old alleged offender, who was standing outside the bar, fully clothed. The terrified young adult was arrested and taken to jail. He retained a criminal lawyer to represent him, and while the case was indeed dismissed, the legal fees were costly. Langsam Law settled the man’s civil case, which covered all his attorney fees.