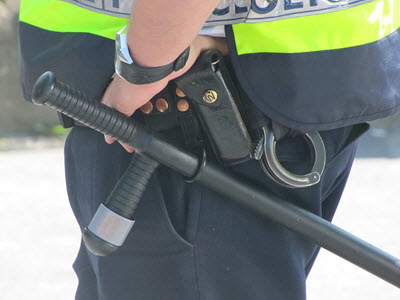 Let me begin by saying it is never acceptable in any circumstance for police to use excessive force. Excessive force occurs when officials who are legally entitled to use force to diffuse a circumstance or protect themselves or others from harm go beyond the minimum measures required.

Most recently, protests have been held in cities around the country, both to support the reopening of the economy and to denounce the use of excessive force by police officers. Regardless of the topic, Americans have the constitutional right to protest based on their first amendment rights to freedom of speech, assembly, and association.

Law enforcement agencies generally have policies for use of force, and they fall along a general 5-level continuum issued by the National Institute of Justice1:

In a peaceful protest, moving beyond the first level, officer presence, is rarely needed, as the protests pose no harm to the officers or surrounding citizens.

Langsam Law has had two clients come forward with claims of excessive force in the past week. One client is a 22-year-old man who claims he was peacefully standing on the side of the street when police officers approached him, put him in a chokehold, pulled off his mask, sprayed him in the face with pepper spray, and jailed him in a cell with 50 other people for 20 hours before being released.

The second client is a 24-year-old woman who was in Union Square with her boyfriend. The police were herding the crowd into the park, but she was holding back as she and her boyfriend had gotten separated. An officer allegedly hit her with a baton, fracturing her hand, which may require surgery.

Law enforcement officers have their jobs to do and maintaining order is crucial to public safety. However, it is their duty to act within the confines of the law. Should an officer use excessive force, it may be a case of negligence and victims are entitled to compensation for physical and/or psychological damages suffered from the encounter.