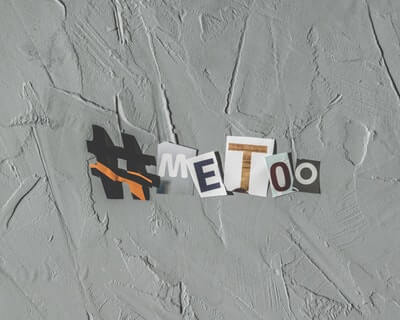 The Me Too Movement may have started with brave celebrities who were willing to speak out against sexual abuse in the workplace, but its voice has grown exponentially as men and women across the globe continue to share their stories on social media. This viral campaign has brought to light how shockingly pervasive sexual abuse in the workplace is. Now it is time to affect change. Holding the assailants accountable, as well as the organizations they worked for that knowingly overlooked their behavior, is crucial to putting a stop to sexual harassment and assault. We have two stories to share with you about how we helped clients take a stand for themselves and protect others in the future.

Our client was living in a family shelter with her two children, and was required to have regular meetings with a case worker in order to be able to stay there. On three separate occasions the case worker sexually molested her during these meetings. She was afraid to speak up for fear she would be thrown out of her apartment. Because of the trauma caused by this abuse, she has chosen to have Langsam Law mediate her case against the shelter for failing to vet and supervise this employee. It is important to know that mediation is a very effective option for a civil case, and in cases of trauma or humiliation, it is often more preferable to victims than the prospect of retelling their experience in detail in front of a jury and judge.

Child-on-Child Attack
In this saddening case, a five-year-old girl sexually assaulted a five-year-old boy in a school restroom. The boy’s family brought a case against the school district for several counts of negligence. First, the school had a written policy that children were to be accompanied by a “reliable bathroom buddy of the same gender.” Second, the girl had been deemed “hyperactive, oppositional, and physically aggressive to other kids in the class” and suspended for 45 days of the school year due to her discipline issues, deeming her unreliable and obviously not of the same gender. Third, a security guard was stationed outside the bathroom and did not enforce the bathroom buddy policy. Langsam Law settled this case against the school district for the young boy and his family.

If you have been the victim of sexual harassment or assault, please step forward and say “me too.” We would be honored to help you bring your assailant to justice and protect others from the same traumatic experience you endured. All meetings are subject to attorney-client privilege and completely confidential.