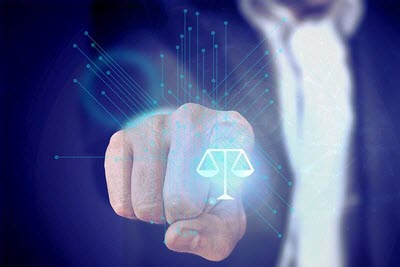 Many people are still operating under the misapprehension that courts in New York are closed and not accepting or trying cases. It is said that necessity is the mother of invention, and while the cases being admitted at the beginning of the economic shutdown in mid-March were extremely limited, the New York court system adapted quickly. When faced with the potential backlog, New York’s court system reacted nimbly, expanding its virtual capacity to meet public demand for justice and reduce the density of caseloads.

Using e-Filing systems, attorneys can upload documents and evidence, and virtual bench trials are being held using Microsoft Teams. In Bronx County, cases against the City of New York can be resolved by a judge in a virtual bench trial if both parties agree to forego a jury trial. While plaintiffs have the right to a jury trial, there are certain circumstances where a bench trial may be preferable, and resolution is typically a lot quicker. This pilot program began with cases against the City, because even pre-COVID, the waiting period for a trial against the City was notoriously long.

The use of remote technology has proven to be particularly advantageous for low-income individuals, who can avoid the expense, inconvenience, and childcare challenges of traveling to court. Some people, however, lack the technology to access virtual courts. This is something that New York State courts are aware of and working on to ensure fairness and access to all.

In-person operations are also resuming statewide and 46 pilot jury trials have been scheduled outside of the City. To keep up on the latest COVID developments affecting New York State courts and our justice system, bookmark nycourts.gov. Chief Judge DiFiore issues regular recordings summarizing the progress of the court system.

Langsam Law has been operating throughout this pandemic, moving cases forward for our clients. Keep in mind that a filing against the City must be made within 90 days of the incident. If you wait, it could be too late. Contact us at 212.742.2700 to evaluate whether your case would best be heard by a jury or a judge. Our consultations are free.