New Yorkers Have the Right to Live in a Secure Building 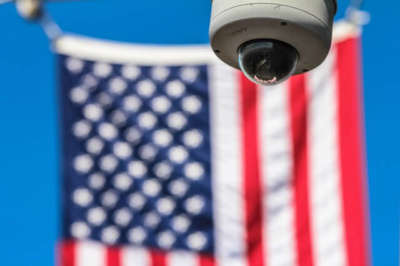 {2:20 minutes to read} According to New York law, every entrance to a multi-dwelling building, whether it is from the street, passageway, courtyard, cellar, or similar entrance, is required to have a self-closing, self-locking door which is to remain locked at all times unless it is under the direct supervision of a doorman or attendant. In addition, each apartment must be equipped with a functional intercom and buzzer, and every apartment entry door must have a peephole or viewing device into the hallway.

The New York City Housing Authority (NYCHA) is also in the process of installing cameras in the 328 buildings it controls, which house over 600,000 New Yorkers. The effort has been years in the making, and sadly it has fallen to violent attacks to accelerate the installation process. A major catalyst occurred in 2014 when a 6-year old boy was fatally stabbed and a 7-year old girl (now represented by Langsam Law) put in critical condition after an attack in the elevator of a Brooklyn housing project. There were 52 murders in public developments in 2015, and authorities attest that not only is video surveillance a deterrent, but it is a tremendous help in apprehending a perpetrator in the event of a crime.

In January of 2016, the NYCHA announced the installation of closed-circuit television monitoring systems at another 31 of its properties, but this still left over 100 NYCHA-controlled buildings—roughly 33%–without cameras.

You can find a copy of the New York State Multiple Dwelling Law here.

Langsam Law is honored to represent the civil suit for the personal injury of Mikayla Capers, the remarkably brave 7-year old who survived 16 stab wounds and watched her 6-year old friend, P.J. Avitto, perish at the hands of a convicted felon who gained entry to their apartment building. The City Council had provided $500,000 to fund security cameras for that particular housing project a year prior, yet they were never installed.

Langsam Law settled a case for a home health care worker who was attacked in an elevator at a residential building she was visiting to attend to a patient. The victim was eligible for workers compensation benefits as her injuries occurred while on the job, but the psychological damage she suffered from the rape left her unable to work. Langsam Law recovered pain and suffering compensation from the New York City Housing Authority, as the building was insufficiently secured.