The First (Dog) Bite is Not Always Free 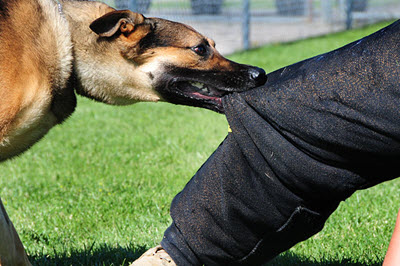 {1:30 minutes to read} There is a saying in law that “the first bite is free,” because dog bite victims must prove that the dog has bitten before in order for the owner to be liable for damages resulting from an injury caused by the animal. But sometimes a closer look can result in a settlement for the injured party.

By and large, when a person is bitten by a dog in the state of New York, the victim must not only prove that the dog had vicious propensities, but also that the owner knew about them. There are, however, “breed-specific presumptions” that may apply if a certain breed is deemed to have a genetic constitution to be dangerous. In New York, such cases have been proven against Pit Bull Terriers.

If you or someone you know has been bitten by a dog, call 311 or visit www.nyc.gov/health/reportanimalbite. This will help ascertain whether a dog has been deemed “dangerous” as well as establish documentation to protect others who may be bitten by the dog in the future. Personal information of the reporting party is held in confidence.

Langsam Law represented a woman who was bitten by her building superintendent’s Pit Bull Terrier. Initially, Langsam Law intended to argue the case from the standpoint of the dog being a dangerous breed, because there was no documentation of a previous offense. However, as neighbors became aware of the situation, others who had been bitten by the dog came forward. Langsam Law was able to recover compensation for medical bills as well as pain and suffering related to the incident and the lifelong scarring incurred from the dog bite.