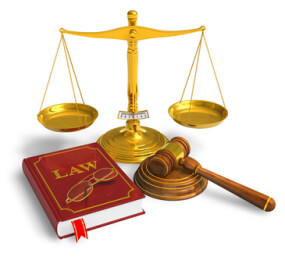 Victims of violent crimes are entitled to seek justice in the criminal court system, but depending on the circumstances of the incident, they may also be entitled to civil damages from a negligent third party.

In a recent case wherein an assailant was able to gain entry to a premises, there was a good case against the building owner for not maintaining a minimum level of security in the building.

Two residents of a New York City housing project, aged 6 and 7 years old, were waiting for the elevator in the lobby of their building. When it arrived, a man who did not live in the building entered the elevator with them. He assaulted the two children with a knife. The 6-year old died of his injuries and the 7-year old survived 16 stab wounds.

Upon investigation, it was found that the lobby of the building was in severe disrepair, including a defective lock on the front door, broken surveillance cameras and a non-functioning intercom system, which allowed the assailant entry into the building.

While there is a criminal proceeding pending against the assailant, there is also pending civil litigation against the New York City Housing Authority (NYCHA), who owns and maintains the building, who is claimed to have breached their non-delegable duty to maintain their premises in a safe manner. The legal basis of the claim against NYCHA is their failure to address long-standing complaints about the broken locks, surveillance cameras and intercom systems, which were directly responsible for allowing the assailant entry into the building causing severe injuries and death.

Although the example above involves a municipal agency, any owner of a premises, be they public or private, has a legal responsibility to ensure that its premises are safe for its residents.

Here is another example of what I call a “hybrid” case where civil and criminal liability intersect:

A 6-year-old girl attending a New York City school operated by the Department of Education was sexually molested when she was released at the end of the school day to a person who was not on the approved list for pickup maintained by the school. Not only were criminal charges brought against the perpetrator, but the Department of Education was held to be negligent in failing to follow its own procedures thereby facilitating the assault. Damages were assessed for the child’s pain and suffering and permanent psychological and psychiatric injuries.

Note: Once again, although this involved a public entity, it makes no difference if the negligent third party is a municipality or private entity. There is a duty owed to provide safe premises, inclusive of security.

If you are the victim of a crime and sustain injuries, consult an attorney right away. He or she will thoroughly investigate the circumstances of your case to determine if the crime was facilitated or worsened by the negligence of a third party. You may be entitled to compensation, and it may also prevent more people from being injured in the future.