Criminal vs. Civil Case–What’s the Difference? 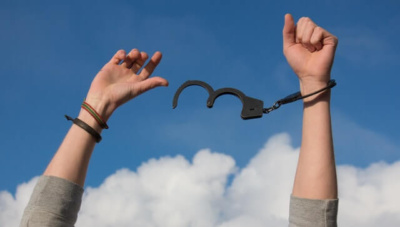 In our most recent newsletter we announced that Daniel St. Hubert, the “Brooklyn Ripper,” was convicted in criminal court for the murder of 6-year-old PJ Avitto and attempted murder of then 6-year-old Mikayla Capers after Langsam Law settled the civil case. This begs the question: what is the difference?

While the objective of both types of cases is to punish the defendant for wrongdoing and deter that person or others, by precedent, from perpetrating such a crime in the future, the cases proceed quite differently.

A criminal case can only be initiated by the federal or state government for offenses deemed to be against society or the government, even if the victim is an individual. In the situation of State vs. St. Hubert, young Mikayla Capers is considered the complainant, yet the state prosecutor is the one who actually filed the lawsuit against St. Hubert. Guilt in criminal cases is almost always decided by a jury of one’s peers. A criminal case determines the level of punishment the defendant will receive, for example imprisonment, fines, or community service.

A civil case, on the other hand, is brought by a private party—either an individual or an entity—that has suffered injury or damages. In the Brooklyn Ripper case, this party, or the plaintiff, was young Mikayla Capers and her family. A civil case is the only way a person or entity (for example a company) can recover the money spent or lost because of the offense. The civil case may not be against the criminal defendant at all, but rather other negligent parties that shared fault in the matter.

In the Mikayla Capers case, the civil lawsuit was against the New York City Housing Authority (NYCHA) because of the broken door, insufficient locks, and lack of security cameras that allowed St. Hubert to enter the building where the children were attacked. Civil cases may be decided by either a judge or a jury, who examine the evidence to determine whether the defendant should be legally responsible for damages claimed by the plaintiff and, if so, how much the plaintiff should be awarded for damages, which may include medical bills, lost wages, and pain and suffering.

In instances where there is a strong civil case, the defendant, in this case NYCHA, often decides to settle the case before it is decided by the judge or jury. By settling a case, the defendant eliminates the cost associated with a trial, but they also avoid the risk of the judge or jury awarding greater damages than what they are prepared to offer in their settlement.

Achieving justice has both criminal and civil components, but only civil law has the ability to compensate the victim. In Mikayla’s case, NYCHA settled for an amount that was undisclosed by the judge, but substantially higher than the initially offered $550,000, which was rejected by the Capers family as an amount they considered “a slap in the face” considering the magnitude of pain and suffering in this case.