On-the-Job Injury? You May Be Eligible for More Than Workers’ Compensation 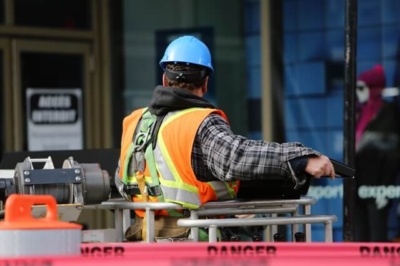 {1:45 minutes to read} Workers’ compensation benefits preclude an employee from suing his or her employer for injuries sustained in the course of work. In instances where 3rd parties share fault in the matter, however, additional benefits can be recovered that measure beyond the limited weekly cash benefits for lost wages and medical care provided by workers’ compensation insurance.

If someone other than an employer or co-worker contributed to an incident that resulted in an on-the-job injury, a lawsuit may be filed against that 3rd party. Circumstances may include hazardous conditions in or around the work environment that an entity other than the employer was responsible for safeguarding, or unsafe equipment that was used on the job but provided by a 3rd party.

In the event of any incident, we advise contacting a personal injury attorney for a consultation. Often times maladies surface weeks, months, or even years down the road, and it is important to protect yourself and your family by recovering for losses that could impact your future well-being.

Langsam Law recently settled a case where we represented a welder who was injured in an explosion of underground gas tanks. Although the defense presented a very strong case claiming the plaintiff should not able to bring the suit because he had already claimed a workers’ compensation suit, Langsam Law prevailed by proving the negligence of 3rd parties involved in the removal of underground gas tanks at a construction site near the High Line. The owner of the new building and a contractor responsible for testing the air to ensure all gas tanks were empty and flammable fumes were remediated settled with our client for $470,000 to compensate for pain and suffering and psychological impact.