Injured? Don’t Hesitate Because You May Have Been Partly at Fault 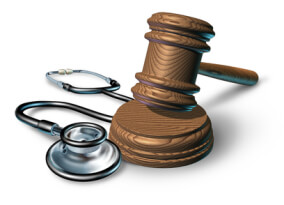 A person who is injured by the negligence of another party may still be eligible to receive compensation, even though he or she was also partly responsible for the accident.

In New York State, the law allows someone who has suffered damages in an accident to be compensated based upon the negligence of another party, despite evidence pointing to the fact that the injured party may have contributed to, or worsened, the injuries sustained by him or her. All responsible parties, even if it is the injured party, will be liable based on their comparative fault. This comparative fault may range from zero to one hundred percent. For example, it may be that the plaintiff and the defendant are each fifty percent responsible for the accident resulting in the plaintiff’s injuries. This entitled the plaintiff to collect only fifty percent of the total damages awarded, so that if a total damages award was $100,000, the plaintiff would only recover $50,000. Likewise, if for example, the plaintiff were found to be ninety percent responsible for the accident, the defendant would have to pay ten percent of the total damages, i.e., $10,000 if the total damages were $100,000.

It is extremely common that liability is shared and apportioned amongst the parties to a lawsuit. In a recent case, a man was injured as he exited from the rear door of a New York City bus. The bus driver had failed to follow applicable rules and regulations by failing to properly pull up to the bus stop. As a result, the driver allowed passengers to disembark from the bus in front of an extremely large pot hole. As the plaintiff exited from the rear door of the bus, he stepped into the pothole, falling and sustaining severe injuries requiring surgery, hospitalization and extensive rehabilitation. The jury found that the bus driver did not follow rules and regulations and was negligent in causing the plaintiff’s injuries. They also found that the plaintiff was partially at fault because he should have been more careful in avoiding the pothole. Each of the parties were found to be 50% responsible for the plaintiff’s injuries.

2. Since the plaintiff was found 50% responsible, the $150,000 was reduced by his proportion of negligence.

3. Ultimately, the defendant was responsible for compensating him $75,000.

If you are injured in an accident, never assume that you cannot recover.Always see an experienced personal injury attorney and let them advise you.