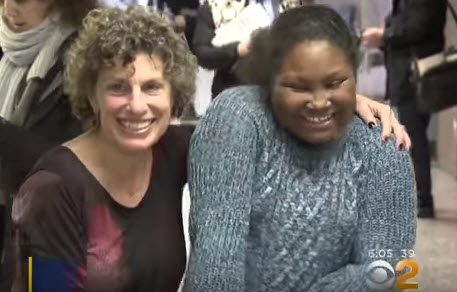 More than three and a half years after a knife attack killed a 6-year-old boy and left a 7-year-old girl brutally wounded, the New York City Housing Authority (NYCHA) settled the civil suit brought by girl’s family and represented by Elise Langsam for an amount kept confidential by the judge. The City’s initial offer to settle for $550,000 was rejected by the family as an amount they considered “a slap in the face” considering the magnitude of pain and suffering in this case.

On June 1, 2014, Daniel St. Hubert was able to enter a building at the Boulevard Houses owned and operated by NYCHA because of a broken door and insufficient lock–which is against New York Law. In addition, the intercom was not functioning and security cameras were never installed, despite New York City Council’s allocation of $27 million to have cameras installed. St. Hubert allegedly cornered the two children in the elevator and proceeded to stab them repeatedly. He will face his criminal trial in March.

Langsam Law was prepared to present overwhelming evidence that NYCHA failed to have any security whatsoever, enabling the assailant free and unfettered access into the building and thereby setting into motion the tragic chain of events. Yesterday, NYCHA settled after the testimony of the now 11-year-old girl.

“On behalf of the family, we are very pleased,” commented Regenia Trevethan, girl’s grandmother.

Read the article in the Brooklyn Daily Eagle >>